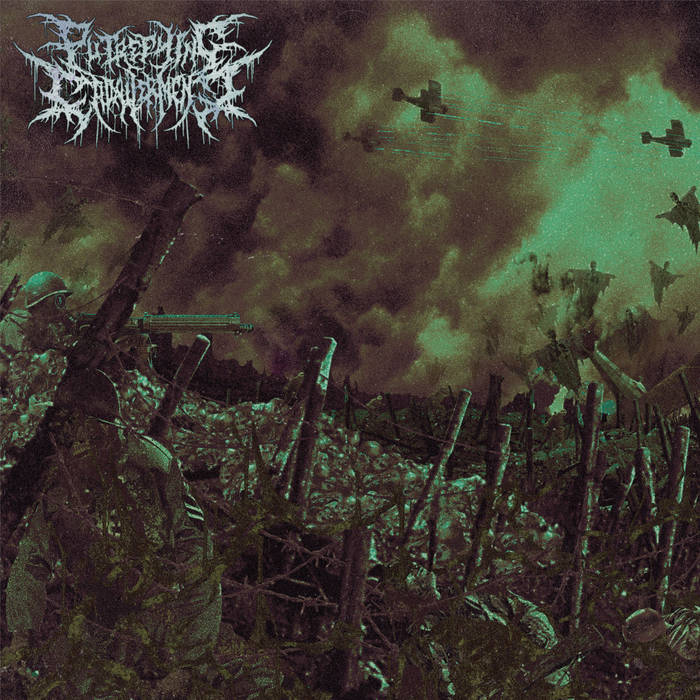 sutekh_the_destroyer This album is bloody revolting and I love it. BRUTAL.

"Before this, the band only released two demos and one EP named Necrosadistic Defilement before going on a lengthy hiatus. They were more slam/BDM oriented and had good riffs, but although the overall idea was interesting I had mixed feelings about the earlier music.

I was able to meet the band’s founder/guitarist, Blake Scott, in Asheville, NC back in 2018 when he was playing with Purulent Necrosis (a fucking awesome band) and to talk for a bit. He was a cool and talented musician.

So now, more than a decade after their last EP, we have a debut full-length, and yours truly has been lucky enough to hear it, and now to write about it. Let me just say that before doing that I had heard only one song, and it felt way different, but other than that I did not know what to expect.

So many times, I’ve heard one good advance song and expected the rest to follow the same path, only to be disappointed. In this case, the album is quite a surprise. They have changed their overall sound/direction toward something with a ’90s OSDM/BDM sound. The production alone plays an important role in this release, making the music feel like it was the result of a jam session in one room, and sounding dark and obscure.

The natural sound of the instruments really helps you appreciate the songs’ structures and their diversity across these 11 chapters. This time around Blake Scott (Guitars) is joined by Justin Vølus (Bass, Vocals) they have made significant contributions of their own to the final result.

From the cover to the sound, everything is in the same tone, and we have a revamped project that has delivered something I’m very fond of, a record that is in frequent rotation in my household. The constantly changing riffs have added complexity in a way that keeps the listener engaged through the whole thing. The patterns of the amazing vocals are themselves diverse, and fit perfectly with how everything sounds, while the bass- and drum-work add persistent depth and also contribute especially distinctive moments in each song."